Why do bad things have to exist? If God is so “good” as they say, then why he allows the bad and the ugly to exist?

These are common questions we all hear all the time.

And have you ever imagined a world without opposites?

It could not exist at all actually.

We need a point of comparison to be able to “measure” things. How would you know if something is cold if there was not hot? Silly example I know I am just trying to make my point here. END_OF_DOCUMENT_TOKEN_TO_BE_REPLACED

I was watching a group of ants carrying a big piece of bread, probably to their anthill, and I couldn’t stop noticing one of them who was carrying a smaller piece and moved faster than the rest.

That reminded me of once I was pulling a sleigh loaded with small barrels, I was trying to pull it as hard as I could, but for some strange reason, it was getting harder and harder to pull, until I wasn´t able to move it anymore, I thought I was getting tired of pulling but on a second look I noticed some barrels that were not mine on the sleigh. END_OF_DOCUMENT_TOKEN_TO_BE_REPLACED

The day began as usual in that little community, everybody were beginning their daily chores and there was an atmosphere of calmness and boredom among the inhabitants.

Only one of the elders felt a little nervous, he didn’t know why, but something was wrong. Nobody paid any attention to his comments, after all, he was just too old.

Suddenly the earth began to vibrate, all around this little village was shaking and after a few seconds everything turned black, like a sudden total Sun eclipse, but this was faster and totally unexpected. END_OF_DOCUMENT_TOKEN_TO_BE_REPLACED

The boy was around 6 years old, he was thin but looked very strong and enthusiast.  His classmates were older than him. This was one of the most famous dojos in Japan leaded by one of the most respected masters in the world. Matsutatsu (Mass) Oyama.

The students very respectfully waited for the Sensei’s (teacher) orders. He told the little boy to stand in the centre of the dojo and put his hand behind his back, then with a slight gesture commended to rest of the class to stand up in a line, each student stood in front of the little boy and began punching his abdomen with five fast fist blows. The little boy was stoically resisting but after receiving the punches of the fifth student, the little boy collapsed crying on the floor. END_OF_DOCUMENT_TOKEN_TO_BE_REPLACED

Thank you for helping us to spread the word!  No amount is too small. And many will be benefited.

Remember, everything returns to you, double folded! 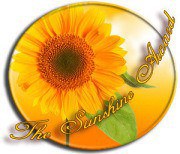 The power of quantum thinking